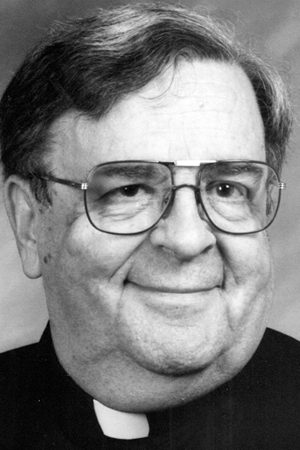 A Mass of Christian Burial will be conducted for Fr. Grady Jacob Estilette, 77, at 10 a.m. Saturday, September 28, 2013, at St. Peter’s Catholic Church with Bishop Michael Jarrell officiating. Interment will be held at St. Peter’s Cemetery.

Visitation will be held from 4 p.m. until 9 p.m. on Friday with a Rosary at 7 p.m. at the funeral home. Visiting hours will resume on Saturday at St. Peter’s Catholic Church at 8 a.m. until service time.

A native and resident of New Iberia, Fr. Estilette passed away at 7 a.m. on Thursday, September 26, 2013, at Dauterive Hospital.

He was preceded in death by his parents, Grady and Eula Vincent Estilette; one brother Felix Francis Estilette and his wife Barbara; and his brother-in-law Raymond Wilson Babaz Sr.