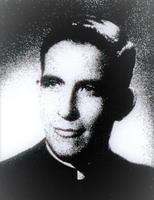 Monsignor Thomas J. Green, the Stephan Kuttner Distinguished Professor of Canon Law at the Catholic University School of Canon Law in Washington, D.C., and a priest of the Diocese of Bridgeport, died on Saturday, April 28, 2018, at the Crozer-Chester Medical Center in Chester, Pennsylvania, at the age of 79. Born in Bridgeport on August 10, 1938 to Thomas J. and Beatrice (Hamilton) Green, Monsignor Green graduated from the Fairfield College Preparatory School in 1956, and received his priestly formation at St. Thomas Seminary in Bloomfield, at St. John's Seminary in Brighton, Massachusetts, and at the Pontifical North American College in Rome. He was ordained to the Priesthood for the Diocese of Bridgeport on December 18, 1963 by the Most Reverend Martin J. O'Connor at the Church of Sant'Ignazio in Rome. He earned an S.T.L. in 1964 and a J.C.D. in 1968, both from the Gregorian University.Monsignor Green served at St. Ambrose Parish in Bridgeport, as Vice Chancellor of the Diocese of Bridgeport, as Director of the former College House of Studies, and as Director of Continuing Education of the Clergy. He taught Canon Law at St. Louis University and at St. Patrick Seminary in Menlo Park, California before joining the Canon Law faculty at the Catholic University of America in Washington, D.C. in 1974. He had served there ever since. Monsignor Green had served also as Editor of "The Jurist", as a member of the Polish National Catholic – Roman Catholic Ecumenical Dialogue, and as co-editor of two widely consulted commentaries on the "Code of Canon Law". An active and widely-read intellectual, he was the author of several major publications in scholarly journals. He was named a Chaplain of His Holiness by St. John Paul II on December 19, 1996. The body of Monsignor Green will be received at 10:00 a.m. on Wednesday, May 2, 2018 at Holy Name of Jesus Church, 1950 Barnum Avenue, Stratford, CT. Visition will follow until the Funeral Mass, which will be celebrated at 11:00 a.m., by the Most Reverend Frank J. Caggiano, Bishop of Bridgeport. Monsignor J. James Cuneo will be the homilist. Interment will follow in St. Michael Cemetery in Stratford, CT. For additional information or to share a message of condolence, please visit www.wrmcdonaldfuneralhome.