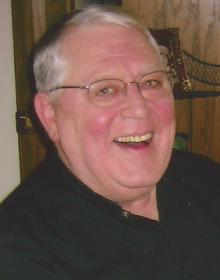 Paul Jerome Hadusek was born on July 10, 1938, in Independence, Missouri, to George and Louise (Fratzel) Hadusek. He grew up in Kansas City, Kansas, and graduated from Wyandotte High School. He obtained his B.S. Degree in Business Administration from the Kansas State College of Pittsburg in Pittsburg, Kansas., his Bachelors in Philosophy and later Master’s Degree from the Conception Abbey in Conception, Missouri. He professed his solemn vows as a Monk of the Conception Abbey in Conception, Missouri, on September 8, 1968. He was ordained to the Priesthood on November 28, 1969, by the Archbishop Strecker of Kansas City, Kansas. Father Paul conducted his priestly ministry as a Benedictine Monk from 1968 – 1987 and as a Parish Priest for the Diocese of New Ulm from 1987 until retirement. Father Paul was pastor of St. Mathias at Wanda / St. Joseph at Lamberton, and St. Thomas at Sanborn from the summer of 1989 until January 1992.  He also had served parishes at Fairfax and Marshall.  He was awarded an Eagle Scout Badge in 1955 and joined the Knights of Columbus Fourth Degree in 1997. He lived the Benedictine Orders Motto of Ora Et Labora (Work and Prayer). Father Paul loved people and was well loved by them in return.

He was preceded in death by his parents and is survived by many grateful friends and parishioners.

He would often end his conversations with one of his favorite lines, “And you know what? You’re Great!”