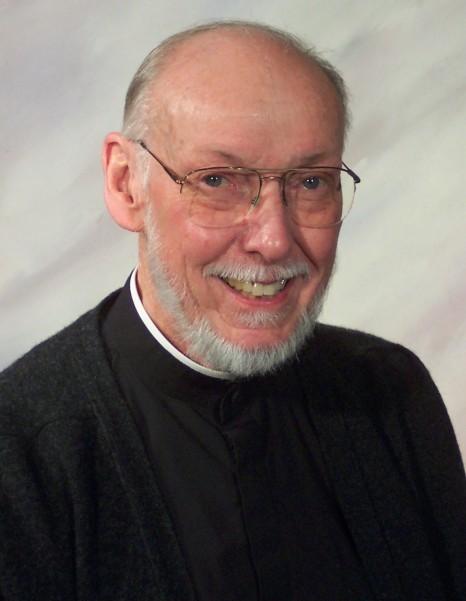 Reverend Francis Charles Partridge entered eternal life on October 17, 2017 at the age of 87. He was born January 10, 1930 in Charlevoix, Michigan to Francis C. and Pearl M. (Egle) Partridge. He attended Charlevoix Public Elementary and High Schools, St. Jerome Seminary in Kitchener, Ontario, and the North American College in Rome. He received a B.A. from Aquinas College in Grand Rapids, an A.M.L.S. from the University of Michigan in Ann Arbor, and his S.T.B. from the Gregorian University in Rome. He was ordained on December 18, 1960 in Immaculate Conception Chapel at the North American College in Rome by the Most Reverend Martin J. O’Connor.

Following his ordination, Father Partridge served as an Assistant for the parishes of St. Francis de Sales in Muskegon, and St. Mary, Blessed Sacrament and St. James in Grand Rapids. He came to Cheboygan in 1970 and served as Associate Pastor, then Pastor for St. Mary Parish and was appointed Superintendent of Schools in Cheboygan. In 1971 he became Associate Superintendent of Christian Education for the Diocese of Gaylord. Following his time in Cheboygan, he served as Pastor for the parishes of St. Mary in Lake Leelanau, St. John the Baptist in Alpena, St. Matthew in Boyne City and St. Augustine in Boyne Falls. During this time he also served on the Diocesan Finance Council, Presbyteral Council, College of Consultors, and as a regional Vicar Forane. He retired to senior priest status on July 13, 2005 and resided at the Augustine Center in Conway, serving the Sacramentine Sisters and many people there for retreats. On July 1, 2015 he was assigned as Sacramental Minister for the parishes of St. Matthew in Boyne City, St. Augustine in Boyne Falls and St. John Nepomucene in Praga, where he served until his death.

Father Partridge is survived by various nieces and nephews. He was preceded in death by his parents and sisters, Alice Skeberdis, Dorothy Hinckley, and Marjorie Smith.