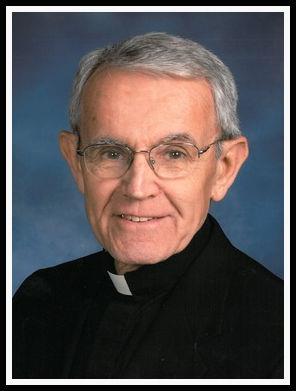 He was born May 11, 1939 in Caledonia, MN to Joseph and Julillia Schmitz. He graduated from Loretto High School, Caledonia, MN. He entered — Immaculate Heart of Mary Seminary in Winona, MN in 1957. He was assigned to study in Rome, then ordained as a priest on December 16, 1964 at St. Peter’s Basilica in Rome. During his priesthood, he was assigned to many different parishes and institutions from Winona to Worthington, MN. He also served as the Chancellor and Vicar General of the Diocese of Winona. In 1997, he was named a Monsignor and retired in 2015, working part-time for the Diocese until his death.

The funeral Mass will be held at 11:00 am Monday, May 7 at Pax Christi Catholic Church with Bishop John Quinn officiating along with the Priests of the Diocese of Winona. Visitation will be held from 4:00 pm to 7:30 pm on Sunday, May 6 at Pax Christi Catholic Church with a prayer service at 7:30 pm. Visitation will also be held one hour prior to the Mass on Monday. Burial will take place at 1:00 pm Tuesday, May 8 in Calvary Cemetery in Caledonia, MN.

He is survived by his siblings, Sister Shirley Schmitz of Assisi Heights, Rochester, John (Tina) Schmitz of Brownsville, MN, Kathy (Jim) Kasten of Brighton, MI, Mary (Norm) Greene of Onalaska, WI; and many nieces and nephews. He was preceded in death by his parents, Joseph and Julillia Schmitz; sister-in-law Gayle Schmitz; and nephew Paul Schmitz.

Memorials suggested to Sisters of St. Francis, Rochester, MN or the Diocese of Winona.