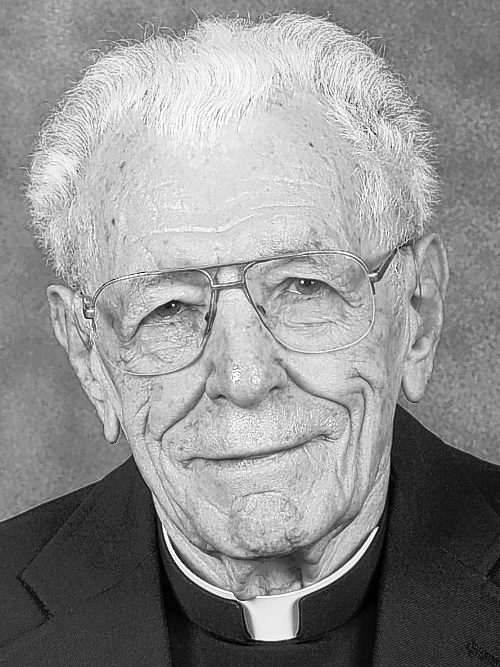 Monsignor Samuel J. Faiola, retired pastor of St. Stephen’s Catholic Church in Middleport and a professor at the former St. John Vianney Seminary, died Monday in Mercy Hospital. He was 92.

Ordained June 4, 1949, by Bishop John F. O’Hara in St. Joseph New Cathedral, he spent a year as administrator of St. Mary’s Church in Cattaraugus. Then he was pastoral associate at Nativity of the Blessed Virgin Mary Church in Buffalo until 1952, when he was assigned to Diocesan Preparatory Seminary, where he taught English, Latin, science and other subjects.

From 1957 to 1964, he wrote a weekly column for the diocesan newspaper. He also edited a quarterly Vocation Bulletin for all seventh- and eighth-grade parochial school students in the diocese.

In 1962, Rev. Faiola was sent to the Pontifical University of St. Thomas Aquinas in Urbe in Rome, Italy, where he earned a doctorate in sacred theology. He returned to teach sacramental theology at the newly-established St. John Vianney Seminary, now Christ the King Seminary, in East Aurora.

He was assigned in 1975 as pastor of St. Stephen’s Parish in Middleport. After retiring in 1995, he continued presenting lectures of theological subjects, helped train eucharistic ministers for the Eastern Niagara Vicarate and was active in the Retrouvaille program.

He was a Fourth Degree member of the Knights of Columbus.

Survivors include a sister, Nicolina “Nickie.”