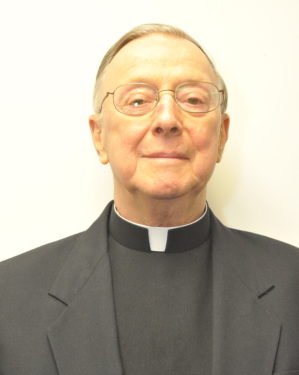 A Mass of Christian Burial for Msgr. Gerard J. Arella, pastor emeritus of St. Mark’s parish, Sheepshead Bay, was celebrated Feb. 3 in the chapel at Immaculate Conception Center, Douglaston. He died Jan. 31 at Bishop Mugavero Residence, Douglaston. He was 88.

Born in Manhattan, he was baptized at St. Monica’s Church, East Side, and attended Cathedral College in Brooklyn; Immaculate Conception Seminary in Huntington, L.I. He was ordained May 29, 1954 by Bishop Thomas E. Molloy at St. James Pro-Cathedral, Downtown Brooklyn.

He did post-ordination studies at North American College, and Gregorian University, both in Rome.

In 1979, he was named pastor of St. Mark’s, where he remained until 2000 when he retired, and moved to Bishop Mugavero Residence.

He also was a member of the planning committee for Pope Paul VI’s visit to New York in 1965, and a member of the Canon Law Society and Catholic Theological Society of America.

Msgr. Casey knew Msgr. Arella since their first year of high school together in 1942, and they studied together at Immaculate Conception Seminary.