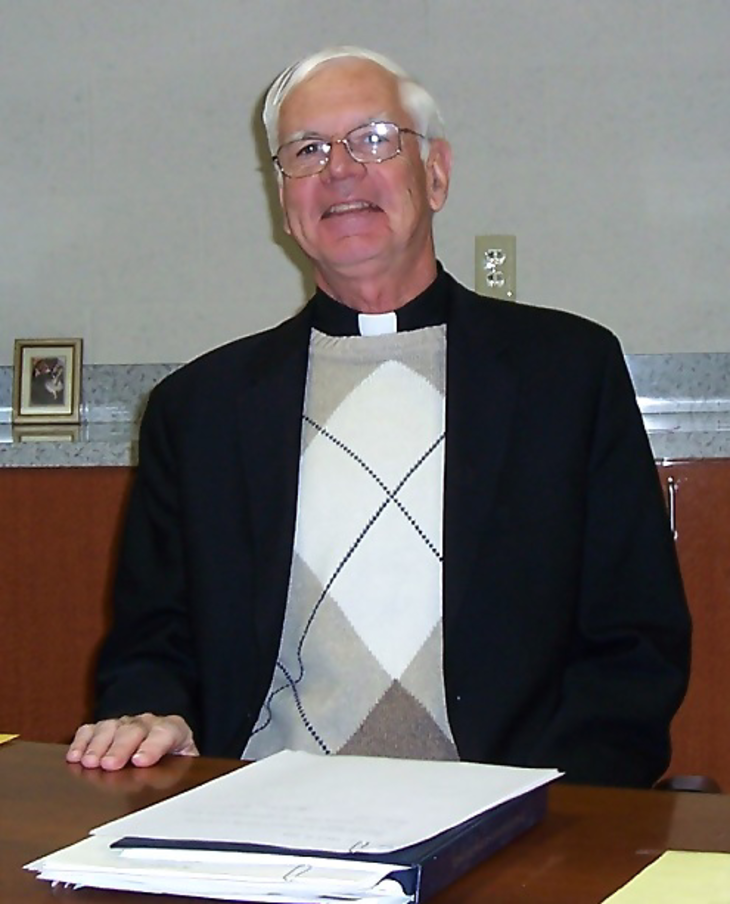 Relatives and friends are invited to attend the visitation on Friday, March 16th, from 3 - 7 PM at Immaculate Heart of Mary Church, 1571 Martine Ave., Scotch Plains, NJ followed by a vigil service at 7:30 PM.  The funeral will be held on Saturday, March 17th, beginning with a visitation from 9 – 10 AM followed by the Funeral Mass to be celebrated at 10:30 AM in the church. Interment will follow at St. Teresa’s Cemetery, Summit. For additional information and to send condolences please visit www.ippolitofuneralhomes.com.

Msgr. Cunneen was born in Orange, NJ and was a graduate of St. Benedict’s Prep in Newark.  He went on to continue his studies earning a BA in Philosophy from St. John’s University in Collegeville, MN. He then graduated from St. Mary’s Abbey School of Theology in Morristown and went on to earn a MA in French from Assumption College in Worcester, MA.

On April 1, 1967 Monsignor Cunneen was ordained in Newark, NJ.  His devotion to his faith brought him to serve in many capacities including assignments at St. Benedict’s Prep in Newark, Delbarton School in Morristown, and Newman Chaplain at Essex County College in Newark.  In 1979 he was assigned as a parochial vicar at St. Teresa of Avila Church in Summit where he served until 1985. Msgr. Cunneen was incardinated into the Archdiocese of Newark on April 5, 1982.   He continued to serve the Archdiocese as pastor of Holy Rosary/St. Michael Parish in Elizabeth from 1985-89, while also serving on the Presbyteral Council for the Archdiocese of Newark from 1985-88. He served as pastor at Blessed Sacrament Parish in Elizabeth from 1989-1997, Our Lady of Peace Parish in New Providence from 1997-2007, while concurrently serving as Regional Vicar of Union County and Consultor for the Archdiocese of Newark from 2002-2007, and pastor and administrator of Immaculate Heart of Mary Parish in Scotch Plains from 2008-2014.

Msgr. Cunneen is survived by his sister, Sr. Seton Cunneen of Washington, DC, his cousin, Richard McLaughlin of Highland Park, NJ, and many loving relatives and friends.  He was pre-deceased by his parents, Raymond and Eileen (nee McLaughlin) Cunneen and his brother Thomas Cunneen.