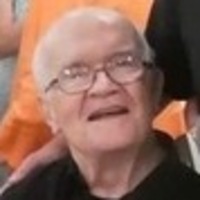 Rev. Vincent Eugene Daily of the Regina Cleri Residence, Boston passed away on December 18, 2021. Beloved son of the late John Francis & Mary (Vose) Daily. Brother of the late John F. Daily, Jr., Most Rev. Thomas V. Daily, and his twin brother Bernard J. Daily. Devoted uncle of Eileen M. Daily, Rev. Vincent Edward Daily, Monica Daily Piombino (Ron), Thomas V. Daily (Sue), the late Bernard J. Daily (Eileen), Melissa Daily Rockovich (Stan) and the late Constance Anne Daily.  He is also survived by numerous great nieces and nephews. Fr. Daily was a graduate of Belmont High School class of 1947 as well as an alumnus of Boston College class of 1951. Fr. Daily attended the North American College in Rome and was ordained to the priesthood on December 20, 1958. Upon ordination, Fr. Daily was assigned to Immaculate Conception parish in Marlborough 1959-1967. He then joined the Missionary Society of St. James the Apostle and served from 1967-1972 in Santa Cruz, Bolivia. On his return to the Archdiocese of Boston, Fr. Daily became a faculty member at St. John’s Seminary 1972-1976. After another stint with the St. James Society 1976-1981, Fr. Daily became the Pastor of St. John-St. Hugh Parish (now St. Katherine Drexel) in Roxbury, from 1981-1989. He had a final tour in South America serving in Buena Vista, Bolivia 1989-1995. His final assignment was at Asuncion de la Virgen Maria Parish in Lawrence in 1995 where he remained until it merged into another parish and he retired in 2000. Fr. Daily was a Chaplain for the Legion of Mary, a 4th Degree Knight of Columbus #332 in Belmont, as well as a member of the Sons of the American Revolution. Relatives and friends are respectfully invited to attend visiting hours on Tuesday, December 21, 2021, 2-4 P.M. at Regina Cleri Residence, 60 William Cardinal O’Connell Way, Boston. A funeral Mass will be concelebrated on Wednesday, December 22, 2021 at 10 A.M. at St. Joseph Parish, at 68 William Cardinal O’Connell Way, Boston with His Eminence Sean Cardinal O’Malley, O.F.M., Cap. as the Principal Celebrant. Interment will follow at Belmont Cemetery. In lieu of flowers, contributions may be made to the Archdiocese of Boston Clergy Trust